Both as an actor and an author, moving forward often depends on others getting back to me. Or not. 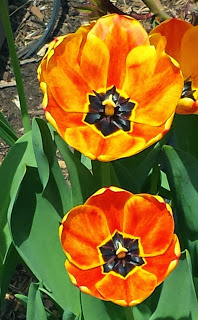 For example, I had an audition yesterday for a TV commercial. The callback isn’t until June 1st. I’ll only hear something if I get a callback, but I have no idea when that information might arrive. So how long do I hold the day and the day for the shoot open, just in case?

Often when I have a shoot, the call time doesn’t come until late the day before. or even that evening. If it’s super early, say 6am, I might prefer not to have plans the night before. And sometimes I end up having more time than planned: I was waiting for a call time for something yesterday, but learned late in the afternoon the shoot had been postponed….but they won’t know when until next week.

When I send projects to my copy editor, obviously I can’t make changes and release the next book until she finishes making her comments.  Clients who want to book me for a voiceover job but don’t have a final script have to wait until they do before I can get it and record.

Though I can move on to something else, it’s a challenge to budget time when I don’t know what may be incoming on a given day. One solution is to cross as many items off my list as possible each day, such as completing VO jobs as soon as they come in. That way I don’t have huge obligations stagnating on my plate as the due date approaches and can make room for things that pop up on short notice. Plus, clients often praise my speedy turnaround.

Waiting used to be frustrating. Instead, I’m making an effort to live more in the moment by focusing on what I’m doing and not where I’ll be or what I need to do later. By taking walks when the weather is nice and taking pictures like these.