Series seem to be especially popular these days. Most involve connected characters, where, for example, book 2 is book 1’s heroine’s sister’s story. Or all books may be set in a fictitious small town, with each book focusing on different residents while incorporating the same cast of secondary characters and what become familiar locations. Another theme is small groups, in which each member of a book club, firefighters working at the same firehouse (Kate Meader’s Hot in Chicago series), or a large family getting his/her own story.

Authors often say that so-and-so character cried out for his/her own story, or that readers requested it. Some series involve three books while others span many more (Julie Ann Walker’s Black Knights is coming up on eight…so far). Some authors become known for their series. When you search popular bestselling author Debbie Macomber on Google, the first thing that comes up is her Cedar Cove series, then her Blossom Street and Heart of Texas series. 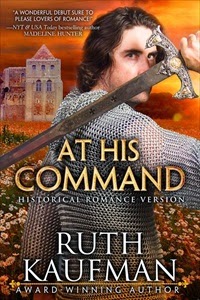 I decided to try something a little different with my first series. Wars of the Roses Brides is time-based rather than character-based, and set during what we now call the Wars of the Roses. The first, my January release AT HIS COMMAND, takes place in 1453 England, FOLLOW YOUR HEART, the second, released in April, is in 1460, and the next (releasing this summer, working title: THE BETTER BRIDE…cover coming soon!) is in 1462. Each one is a standalone, meaning you don’t have to read #1 to understand #2 or #3. My heroes and heroines are different in each book and unrelated. 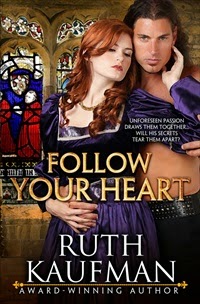 If you choose to read the books in order, you’d gain an overview of late medieval England life and historical events as seen through the eyes and experiences of the couples, their families and friends. The connected characters appearing in some or all of the books are actual historical figures, including kings, queens and dukes. The volatile disputes between the House of York and House of Lancaster over who should rule, politics and actual battles feature prominently.

Significant research was required to ensure (as much as possible given that these are novels) that the king and other nobles were in the right place at the actual times depicted, just as a small town series author needs to make sure that the town map remains consistent.

Do you seek out series? If so, what elements do you look for? Can there be too many books in a series…or do you still enjoy each new story? I ask because I’m pondering a series that could have as many as a dozen books….